There was a bunch that turned up at Blog House in Damansara Heights last night. Bunch of idealistic people. An there I thought that Malaysians are too apathetic to examine an idea.

Much of what happened there you can read at Rocky’s, Mage P’s Lab or Jalan Sudin so I will not elaborate. This was Harris’ brainchild.

Yeah, he is a double whammy of a surprise. A lawyer with a conscience and one who hasn’t lost his ideals after all these years. Kudos to this guy. Furthermore, unlike most lawyers who blab (they’re eloquent after all) n blab, this guy actually puts him money where his mouth his and gets to work. Makes me feel guilty about sitting on my ass.

Nah, Bangsa Malaysia is not, to my understanding, about a homogeneous racial entity that you get after years of inter-marrying among the races in Malaysia. Rather, its that collective consciousness of Malaysian-ness.

You know, when you step outside the country and you are asked what you are, you don’t hesitate at all to say “Malaysian”. Now, ask the same this of a local in Malaysia, and he’d say anything from Indian, Bugis, Minang, Kadazan, Cantonese, Dayak, Kelabit, Ceylonese.

Of course local Indians are terribly divisive. Taking after the class distinctions of many centuries. After all Apartheid was conceived in India right?

Here in Malaysia, when we are filling forms, in the race column, most of my brethren would put Indian. But there are those who would take pains to set everyone straight about their ancestry.

Here are some of the refrains that make me wish to “Avra Kedavra” these assholes.

“Ah, we Ceylonese always consider ourselves one up over the rest of the Tamils. We are very strict about our religious rituals you see.” (Same bunch also secretly route funds to the LTTE)

“I’m a South Indian Brahmin. We are Iyers. We are pure vegetarians so we can’t eat at most places”

“Maybe you don’t know this, but the Aryans who came down to the southern parts of India only set roots in Kerala. That’s why we Malayalees are fair.”

“We are Tamils, but we are not like the rest; We are Chettiars (oh…this goes on with other permutations like Mudaliars, Kaunders, Thevars)

Bloody fools…wake up…now you see why local Indians can’t prosper as a community?

In the eyes of many Malaysians (though they may be too polite to say it out loud) you are all just KELINGS.

At the end of the day, you must feel your belonging. Claim Malaysia as a Malaysian. You and I have a place here. Never mind the discrimination, it is the system, not the people.

And if last night was a microcosm of Malaysian thought, yeah, there is hope yet for a more tolerant society, for a real Bangsa Malaysia. 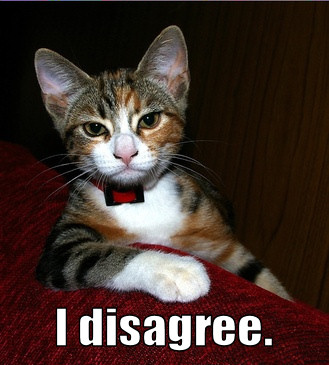 This blog by galadriel is licensed under a Creative Commons Attribution-Noncommercial-No Derivative Works 3.0 License.
Permissions beyond the scope of this license may be available at https://dansemacabre.wordpress.com.